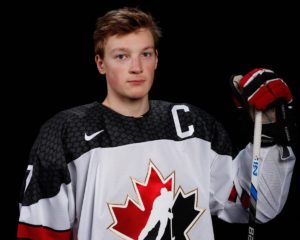 In the coming weeks, NU Hockey Blog will be counting down to the start of the 2017-18 Hockey East season with a look at the upcoming year for each of the eleven returning clubs (Note: Get lost Notre Dame). Today, we look at our projected eighth place finisher, the University of Massachusetts Minutemen

NCAA Tournament: They were 58th in the Pairwise, so, no.

If that very long list of players proved anything, it’s that Greg Carvel’s second year at the helm of the UMass Minutemen is going to look very different than his first. Which has to be seen as a positive, after a season where the Minutemen defeated just two Hockey East opponents, did not win or tie a game in all of 2017, and reached an all-time low on January 3rd when AIC went into the Mullins Center and shut out UMass by a score of 3-0. However, one of those two conference wins was over Notre Dame, which helped prevent the Irish from outright winning the Hockey East regular season title. For that victory, we are forever in debt to the 2016-17 Minutemen.

The advanced statistics don’t paint a much better story. UMass had just a 47.3% Corsi last year, in spite of what were essentially daily opportunities to take advantage of score effects to pad that total. They shot just 7.3%, and only 6.1% in close situations. They saved .891, up from .883 in close situations. Despite that miserable PDO, it’s hard to argue that the Minutemen were unlucky. They may have deserved to win another couple of games, which would also even out their 3-7 record in one goal games, but it wouldn’t have made much of a difference as they finished 7 points behind 11th place Maine. They just weren’t that good.

Looking forward to 2017-18, the few members of last year’s team who remain combined with the freshmen talent coming in paints a much brighter picture. Greg Carvel is building from the net out, starting with freshman goaltender Matt Murray (No relation to the two-time rookie Stanley Cup Champion goaltender) who saved .910 in 52! starts for Fargo in the USHL last year after a few strong AJHL seasons and seems poised to take the job from Day 1. In front of him is a defense that has the potential be surprisingly strong, despite William Lagesson departing early to sign with the Edmonton Oilers. The Minutemen have two top-50 NHL picks coming in on the blue line, Cale Makar (4th overall!) and Marrio Ferraro, and a number of experienced options return alongside them, including Sabres pick Ivan Chukarov, transfer Josh Couturier, Shane Bear, Jake Horton, and Jake McLaughlin. Makar is “one of the purest talents to ever crop out of the AJHL” (EliteProspects) and scored 75 points as a defenseman in just 54 games last season on his way to becoming the highest drafted player in Hockey East since Jack Eichel, while Ferraro went to San Jose in the second round after an impressive 41 point USHL campaign in Des Moines for the Buccaneers.

On the other side of the coin, the Minutemen return only 8 forwards from last year’s team and will certainly struggle to score and support their defense. Especially considering only Austin Plevy (11) and Griff Jeszka (6) scored more than 5 points in Hockey East play last year, while Plevy leads all returnees in Hockey East goals with 4. A team with that little production losing both of their top two scorers in Steven Iacobellis and Ray Pigozzi is a recipe for disaster, and the only real way to get avoid that would be improvement from every single returning forward. Looking to lead that charge will be Brett Boeing, who disappointed by posting just a single point in his first semester at UMass in the spring and will need to live up to his potential as a top forward for the Minutemen.

Of the 8 freshmen forwards UMass brings in, the majority come with some scoring potential based on their junior careers. Oliver Chau was teammates with Makar at Brooks where he scored 35 goals and 87 points this past season. Austin Albrecht scored 45 points in 57 career USHL games, while Phillip Lagunov had 55 points in the OJHL in 2016-17 and was a career point-per-game player for the Burlington Cougars. Amherst native John Leonard comes in two years removed from a Springfield Cathedral career where he scored an incredible 75 points in 25 games in his final year, after scoring over two points per game as a sophomore and over a point per game as a freshman for a career 151 points in just 72 games. Jake Gaudet, George Mika, and Marco Bozzo (All-Hockey East name team nominee) all have the potential to contribute after posting respectable overager numbers as well.

While this coming season is likely to be a low scoring one for the Minutemen, both offensively and defensively, this class is loaded in both quality and quantity of potential four year contributors behind the glamor of Cale Makar.  This could be the class that strikes fear in the rest of Hockey East come their junior and senior seasons, leading the program in the same way that the 2013-14 freshman class of Aston-Reese, Benning, Hedges, Stevens, et al. turned around the Huskies. While UMass has basically no chance of cracking the top half of the conference this year, they could well make some noise in the bottom half and they’ll certainly win more than two conference games this time around. After years of darkness, the future is bright in Amherst.