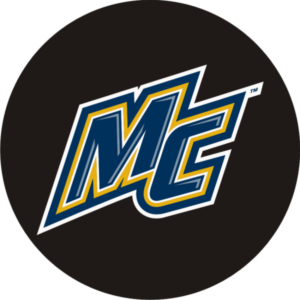 The Merrimack Warriors started 2015-16 as one of the hottest teams in the country. The Warriors lost just one game in their first eleven, a stretch of games that featured Merrimack taking two points in a weekend series against UMass-Lowell and defeating BU at Lawler Rink on their way to a ranking as high as #13 in the USCHO poll. Unfortunately for Merrimack, the season went downhill just as quickly as it went up. In the next 19 games, the Warriors recorded just two wins, and they both came against some of the worst hockey programs in the NCAA: the AHA’s Canisus College and the newest member of NCAA hockey, Arizona State. The Warriors picked it up a bit near the end of the season, thanks in large part to freshman Drew Vogler taking over the net. They captured three wins in their final four games, and even pulled off a series win over New Hampshire in the first round of the Hockey East tournament, but they were easily dispatched in two games by Hockey East Regular Season Co-Champion Providence in the tournament quarterfinals.

Looking at Merrimack’s stat line from last year, they were just a bit below average across the board. They scored 50 goals in Hockey East, a mark good enough to edge out Connecticut and Vermont for 8th in the conference. Their 95  goals scored overall were also ranked eighth in the conference, although bolstered slightly by the 10-0 beatdown the Warriors gave Arizona State when they met in North Andover. On the defensive side their 70 goals against in Hockey East were again eighth, this time in a tie with Connecticut for that position. Out of conference their 108 goals against were still eighth, but barely, as they would have finished fifth had they allowed just three fewer goals.

Moving on to the new year, Warrior faithful should be pleasantly surprised at the amount of talent returning to the team. Twelve of the top fifteen scorers for Merrimack return for this coming season, not to mention sophomores Ethan Spaxman and Michael Babcock, both of whom project to make big leaps for the Warriors in their second seasons. Spaxman improved throughout the season last year and if his progression during the offseason continued the trend he was on during the winter, he could step in and play a crucial role on Merrimack’s defense this fall. Babcock was named the unsung hero of the 2015-16 Warriors by The Mack Report at the conclusion of the season and was a strong penalty killer last season. After spending the offseason at the Ottawa Senators’ rookie camp, the 21 year old is a prime candidate to jump into a bigger role on the team and add more scoring on top of his shutdown defensive abilities.

The biggest losses for Merrimack are at forward, where seniors Brian Christie, Ben Bahe, and Justin Hussar all leave North Andover after combining for 61 points last year. All three finished among the top five scorers on the Merrimack roster. As a result, Merrimack returns just 68% of their conference goals, 34 out of 50, despite returning 80% of their top 15 scorers. However, having lost only Matt Cronin among defensemen, Merrimack does return an experienced blue line that could be primed for Spaxman to step up and lead a corps that includes Hockey East veterans Jared Kolquist, Marc Biega, Alex Carle, and Aaron Titcomb. The Warriors replenish their roster with a nine member incoming class, including six forwards to replace the scoring they lost. Some highlights include:

Sami Tavernier is a French and Finnish winger who has spent time playing on the Finnish National U16, U17, and U18 teams before coming over to play in North America last year. Tavernier tallied 33 points for Finland in his international junior career and will look to use his passing skills to bolster the Merrimack offense. The 19 year old tallied 18 assists in 30 games in the NAHL last season and racked up 20 assists in Finnish Junior A league the season before that. Tavernier, a former sixth round pick in the USHL draft, should provide a threat that Merrimack has seldom seen on the wings and make the Warriors a more dynamic team in the seasons to come.

Logan Coomes, another 19 year old winger, comes to Merrimack with a long history of putting up big scoring numbers. The question now will be whether he can continue to produce against a big step up in competition. Coomes scored 147 points in 76 games with the Frederick Freeze of the MetJHL and USPHL between 2012-13 and 2013-14, and followed that up with 65 points in 56 games last season as he helped the NAHL’s Fairbanks Ice Dogs capture the Robinson Cup. Another winger who puts up his points via the assist more often than he lights the lamp, Coomes will need to put in some serious work if he hopes to put up numbers in Hockey East at the same rate he has in the past.

On the defensive side of things, 6’4″ 219 pound Johnny Kovacevic is one of three blueliners the Warriors bring in for the upcoming season. Kovacevic comes in with not only an intimidating frame but the ability to move the puck as well. Jeff Cox of SBNation College Hockey wrote in May that he was impressed with Kovacevic’s performance at the Chowder Cup tournament. Kovacevic scored 43 points as a defenseman last season in the CCHL and comes off back to back seasons where he was named to the CCHL all-rookie team and then named a CCHL third team All-Star. With Matt Cronin graduated from Merrimack, look for Kovacevic to make a strong case to take his place in the Warriors’ lineup.

Unfortunately for Merrimack, the one position where no help is coming is at goaltender. Merrimack started both Colin Delia and Drew Vogler last year, with Delia getting a significant majority of the work, and the results for the majority of the season were disastrous. Colin Delia compiled a .889 save percentage and a 2.96 GAA, numbers which somehow managed to decline to .882 and 3.26 in Hockey East play as he started in goal for 18 of Merrimack’s 22 conference games. Drew Vogler performed significantly better with a .926 save percentage and a 1.99 GAA, as he appeared to take the job from Delia in mid-February and took Merrimack on the aforementioned winning streak through the end of the regular season and into the Hockey East playoffs. However, Vogler is still relatively unproven with just 13 career starts and has never put up numbers that high at any level of junior hockey. Northeastern fans in particular should be keenly aware of goaltenders getting hot and playing far above their skill level before falling back to earth, having experienced Derick Roy following up the spring of 2015, in which he was named the team’s Most Improved Player and Hockey East Goaltender of the Month, with a fall semester in which he quickly lost his position to Ryan Ruck. Vogler should certainly get the first crack at the starting job, but as the saying goes, when you have two goaltenders, you have no goaltenders. And the Warriors are going into this season with a very good chance of having two question marks at goaltender and no third option.

Overall, Merrimack fans have a lot of reasons to believe they can improve on their seventh place finish in Hockey East last season. They return a significant amount of their roster and may have found their goaltender of the future. Even if they haven’t, there’s simply no possible way that the goaltending they do get is any worse than what Colin Delia gave them last year. With a lot of experience and rising sophomores like Ethan Spaxman and Michael Babcock that look like they could be poised for breakout seasons, the Warriors have serious potential to make noise in Hockey East. However, they don’t have the players nor the goaltending to make a serious run at the top six teams in the conference and could be passed by a team like UConn who brings in a stud goaltender to compliment an already talented roster. Look for Merrimack to be a better team than they were last year but ultimately finish around where they did last year, in the 7th to 9th range in Hockey East.