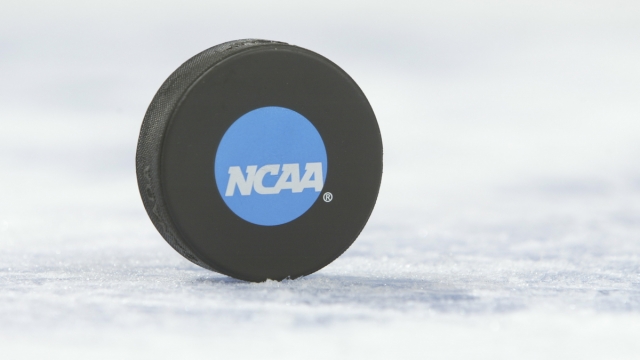 The annual USHL Draft took place between May 1 and May 2, and Northeastern had seven selected, including four in Phase 1 of the draft (2001-born players) and three in Phase 2 of the draft (all Juniors-eligible players).

The Phase I players were all born in 2001, and we project them to arrive at Northeastern between 2019 and 2020. These players will almost certainly not play next season for team that drafted them, but the teams secure the rights to the player for when they do eventually make the jump to the USHL. In all, three forwards and one defenseman were taken.

Robby Griffin (F) – The product of the Junior Bruins organization was taken in the 2nd round, 19th overall, by the Sioux Falls Stampede. Sioux Falls went 21-30-9 this past season, finishing second-to-last in the Western Conference. They scored 169 goals on the year, tenth most in the league. Griffin’s playmaking skills and elite speed should translate well to the USHL when he arrives, and should result in more goals for the Stampede. Recent Huskies to come through Sioux Falls include defenseman Garrett Cecere, former goaltender Clay Witt, and former forward Robbie Vrolyk.

Jayden Struble (D) – The dual-athlete from Rhode Island was taken in the 3rd round, 34th overall, by the Tri-City Storm. Struble was named as a Top 5 prospect based on talent, so him sliding to the third round is a steal for Tri-City. Tri-City went 21-30-8 last season, last in the Western Conference, and allowed the fifth-most goals in the USHL. Struble should help them cut that number down when he arrives in Nebraska. Former Tri-City players that went to Northeastern include former forward Torin Snydeman.

Ty Jackson (F) – The diminutive Canadian forward was taken in the 4th round, 61st overall by Dubuque. The Fighting Saints finished second in the Eastern Conference, making the USHL Playoffs. They were second in the league in scoring, and Jackson should be able to continue their high-scoring ways if he chooses to go this route (Guelph has his rights after choosing him in the OHL Draft). Northeastern has a long line of players to have come from Dubuque, including former captain John Stevens, current NHLer Matt Benning, and former captain Vinny Saponari.

Dylan Jackson (F) – The other half of the Jackson Two was separated from his brother, a shock to many who have followed the twins through junior hockey. Dylan was taken 75th overall, in the fifth round, by the Fargo Force. Fargo was third in the Western Conference this past season, qualifying for the playoffs, and scored 193 goals, fourth best in the league. Dylan’s scoring abilities would be welcomed in Fargo, but like Ty, his rights are held by Guelph in the OHL. The twins’ desire to play together could possibly supersede any other reasons to go the college route. It will be a situation to monitor for sure, although Guelph’s General Manager recently said that he expects the twins to go the university route. By my count, Jackson would be the first NU player in the Jim Madigan era to play for Fargo.

Phase 2 of the USHL Draft took place on May 2. Any player eligible for Junior Hockey in the 2017 season was a candidate to be drafted. This included all 1997-2001 birth years, so some of the players drafted may jump right to the USHL next season.

Matt Thomson (F) – Currently playing for Islanders HC, the reigning champions in the USPHL, Thomson was selected in the 3rd round, 35th overall, by the Sioux Falls Stampede. I would expect Thomson to make the jump to the USHL next season after dominating the USPHL this year, putting up a line of 27 goals and 26 assists for 53 points in 40 games. Making the jump to the tougher competition will serve Thomson well before he arrives in 2018.

Neil Shea (F) – The Marshfield, MA native was taken by the Cedar Rapids Roughriders in the 15th round, 228th overall. Cedar Rapids has had a pipeline to Huntington Avenue in recent seasons, with Head Coach Mark Carlson producing key players for the Huskies in Adam Gaudette and Matt Filipe. Shea just finished a successful season at Lawrence Academy, where he put up 33 points in 23 games. Shea was ranked 178th by NHL Central Scouting for the upcoming NHL Draft. We project him to arrive in 2018.