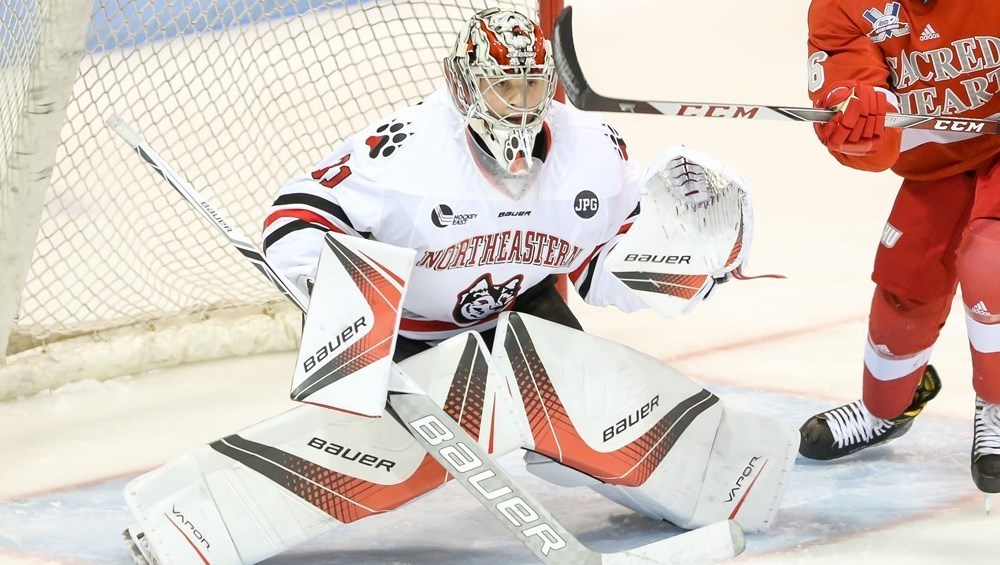 After opening their season with a sweep of Sacred Heart, the Huskies turn their attention towards another Atlantic Hockey Conference opponent, the Rochester Institute of Technology Tigers. RIT was picked fourth in the AHC preseason poll, behind Air Force, Robert Morris, and Army.

This game will be the opening tilt for RIT’s regular season, as RIT was spent last weekend playing intra-squad scrimmages and an exhibition game against Canadian school Brock University. In that exhibition game, RIT proved victorious, winning 3-1. RIT scored their goals three different ways- one shorthanded, one even strength, and finally one on the powerplay, showing they have the ability to score at any point during the game. This weekend is also the feature event for RIT’s Homecoming week, and will take place at Blue Cross Arena, home of the AHL’s Rochester Americans.

Key Stats and Players– Last season, RIT was one of the best possession teams in the nation, when looking at their Corsi percentages. At even strength, their Corsi percentage was 56.4%, fourth best in the nation and ahead of every Hockey East team (albeit against AHC competition). Their Corsi Close was 53.9%, indicating they played slightly poorer when the score was tight. If the Tigers can maintain possession and keep the puck off Huskies’ sticks, that may prove to be a deciding factor in this game. Their special teams last season were unspectacular- their powerplay ran at an 18.8 percent success rate, good for 26th in the nation, while their penalty kill was successful 79.1 percent of the time, 44th (out of 60) in the nation.

One final skater of interest who may or may not crack the lineup is freshman defenseman Daniel Willett, a former Northeastern verbal commitment. Willett committed early in Jim Madigan’s tenure as head coach, but his development stunted, leading to he and the program going separate ways.

In goal, RIT loses their top goaltender from last year, Mike Rotolo, who finished the season with a 2.66 goals-against-average and .899 save percentage in 36 games. The lone goaltender who returns and saw game action last season is Christian Short, but in three games last season he finished with a 6.02 goals-against-average and .763 save percentage. Short did start the exhibition game and saved all seven shots he faced, so it is reasonable to expect the junior goaltender to start on Saturday.

RIT also brings in two freshman goaltenders that the Huskies may see this weekend. Logan Drackett came to Rochester via the Alberta Junior Hockey League, and played the second period of the exhibition game, saving all six shots he faced. In juniors, he had a 2.35 GAA, .918 SV%, and posted six shutouts in 46 games, being named the AJHL’s top goaltender. The second freshman is Ian Andriano, who played the third period of the exhibition, saving 14 of 15 shots. He comes to Rochester via the Central Canada Hockey League , winning 32 of his 45 games while posting a 2.35 GAA and .913 SV%.

Final Thoughts: This is another game that Northeastern should win handily, however I expect RIT to give the Huskies a better challenge than Sacred Heart did. RIT made the NCAA Tournament as recently as 2016, and is one of the better teams in Atlantic Hockey. However, their uncertainty in net as well as the fact that this weekend marks their first action against an NCAA opponent both push the needle further in Northeastern’s favor. The Homecoming crowd coupled with the large arena will make it extremely hostile territory for the Huskies, a good test early in the season that we all expect the Huskies to pass. Something to watch will be which goaltender the Huskies start. Both Ryan Ruck and Cayden Primeau played a full game last weekend, with Primeau pitching a shutout in his debut and, in my opinion, looking like the better goalie. I am hoping Primeau gets the start, but this early in the season I am expecting Ruck will get the nod.

The game will be streamed *for FREE* here: http://www.rit.edu/sportszone/