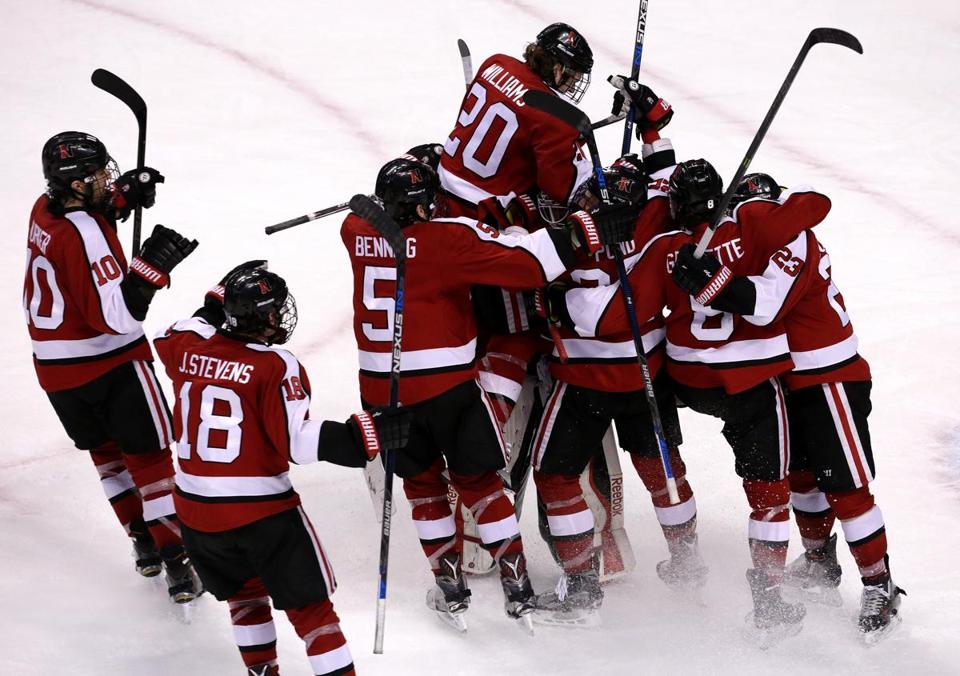 As 2017 winds down, we thought it’d be good to take a look at where the Northeastern Huskies sit in the standings (as of 12/29) and try to tease out what the coming spring could look like.

To start, let’s look over the past ten seasons in Hockey East to see how each finisher usually performs. Since the conference has played around with the schedule a bunch (22 games the last three seasons, 20 games in 2014, and 27 games before that), we’ll use points gained per game played. 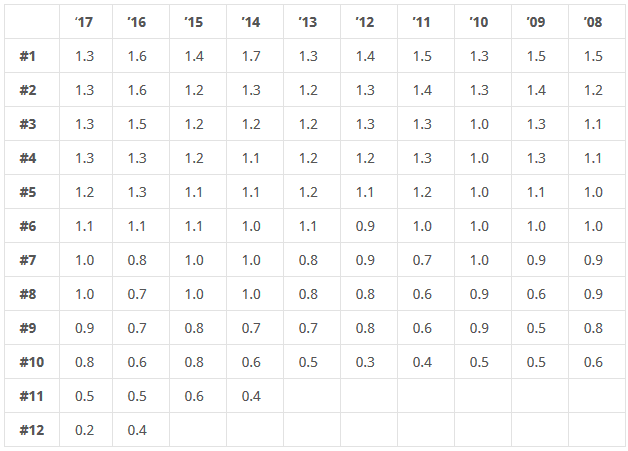 To make this easier to look at, I averaged them together (standard deviations included). I then took those points per game averages and projected them out over the 24-game schedule that Hockey East is using this season. 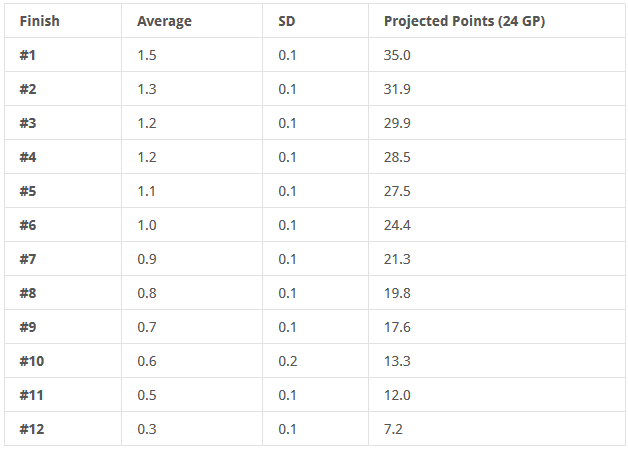 So with a historical standard set, let’s take a look at this year’s current standings (again, as of 12/29), each team’s points per game played, current projected point totals based on the prior number, and the historical projections calculated above. 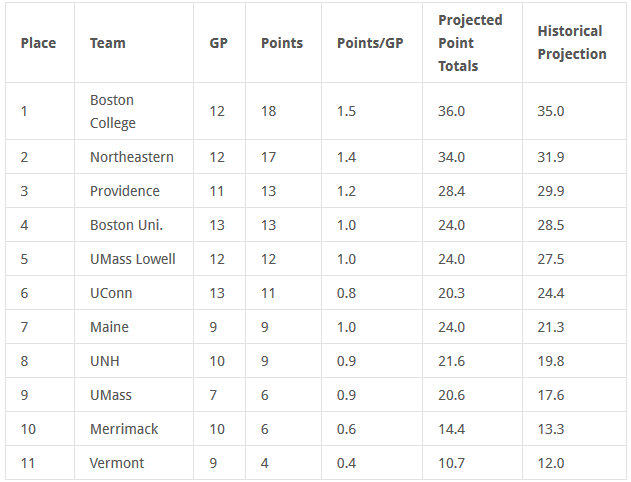 Unsurprisingly, there are currently only three teams playing at the level of a top-four team: Providence, Northeastern, and Boston College, with the latter two playing at the level of first-place finishers. What’s really interesting, though, is using these benchmarks to determine how NU needs to play in the second half to make a strong bid for various goals. For example:

Obviously, for first place, NU would have to hope for BC to falter a little, since the Eagles are currently on pace for 36 points. We already knew that, though: NU finishes first if they outplay BC in the next 12 games. They’ve also got a terrific shot at second place if they continue to play well and earn at least a split against Providence College in a few weeks.

More importantly, NU has put itself in excellent position for home ice in the quarterfinals. The 27.5 and 28.5 point estimates are likely on the higher end of the spectrum as well, since no one below Providence is on pace for more than 24 points.

Take home message? NU can play .500 hockey in it’s conference games the rest of the season and the Huskies will still have an excellent shot at a bye and home ice.

Let’s take a quick look at strength of schedule. I used Pairwise rankings as a rough estimator. 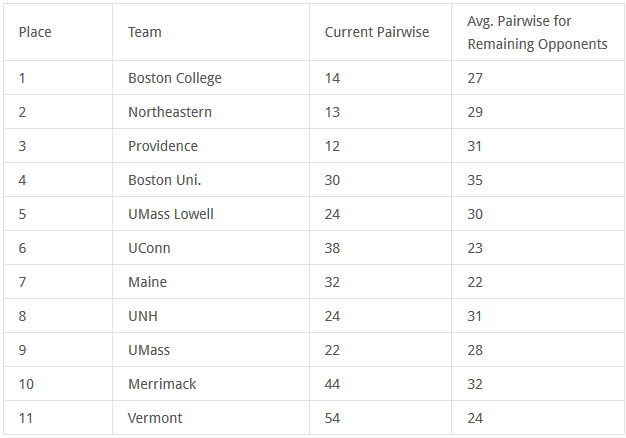 BU (35) has the easiest schedule the rest of the way. They play Maine, UNH, Providence, Merrimack three times, Massachusetts twice, Connecticut, and Vermont twice. They could really make hay here. The good news? Even a 9-2 finish only gives the Terriers 31 points, which NU could match (and beat since they own the tiebreaker) with a 7-5 finish.

Finally, a word on the Pairwise and the national tournament – right now, the top 15 in the Pairwise consists of 5 NCHC teams, 4 B1G teams, 3 Hockey East teams, 2 ECAC teams, and 1 WCHA team (the 16th tournament spot will likely go to the Atlantic Hockey Champion, as usual). There will of course be a lot of movement in this in the weeks to come, but NU should be aiming for the top 13. That should make them a virtual lock for the tournament; the odds of more than two surprise conference champions are low, especially with so many NCHC and B1G teams in the top 15.

Northeastern sits at #13 right now, right exactly where they want to be come mid-March. But with Hockey East’s weak out-of-conference performance thus far this season (6-22-1 against teams from the NCHC, B1G, and WCHA), NU can’t afford many slip-ups. It will be hard enough to keep up with the NCHC and B1G teams as they rack up high value wins against each other. Every game is important. Beyond hoping for a couple teams above them to crater in the second half, here are a few key points for the Huskies down the stretch:

I see three paths for the Huskies:

Northeastern has set itself up well for 2018. Now they have to take advantage.