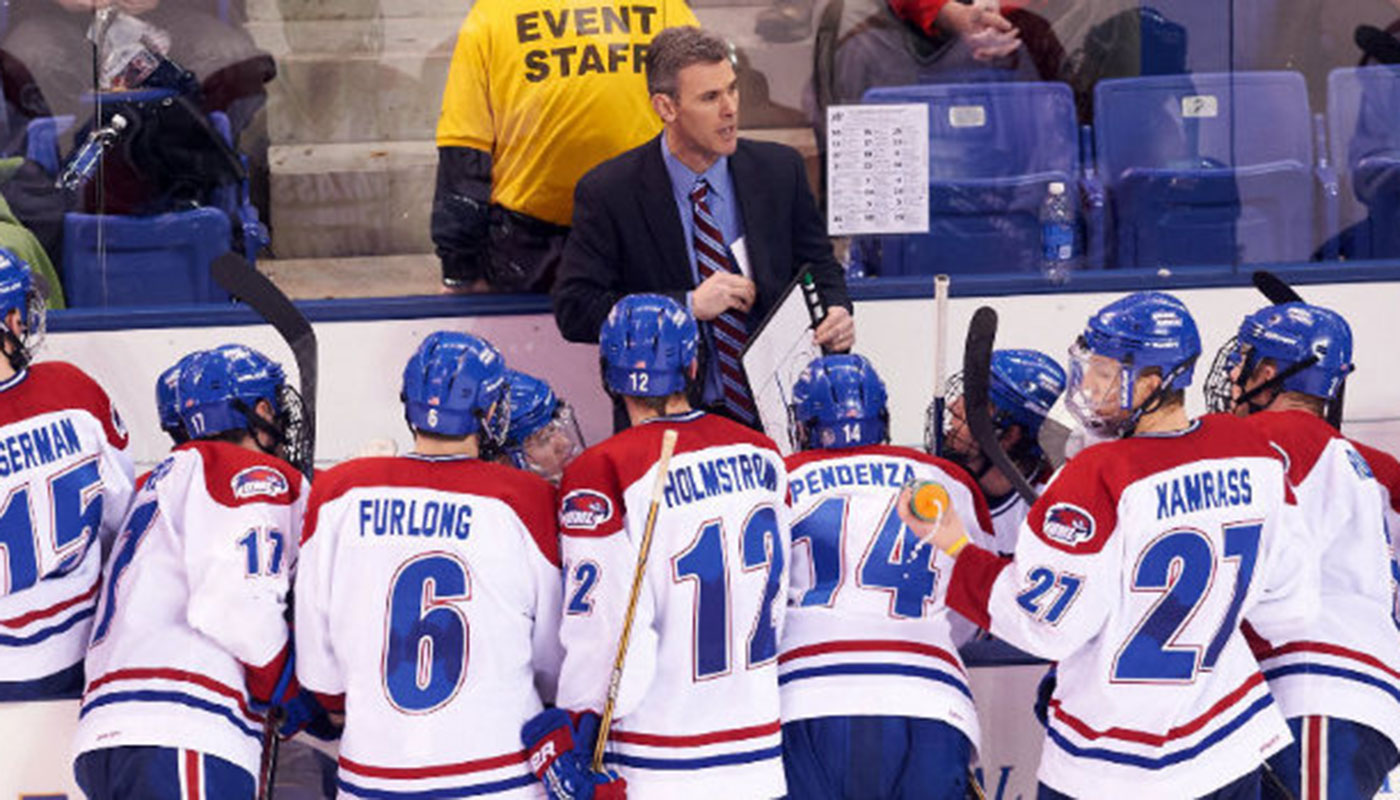 In the coming weeks, the NU Hockey Blog will be counting down to the start of the 2017-18 Hockey East season with a look at the upcoming year for each of the eleven returning clubs. Today, we look at the defending Hockey East Champion UMass-Lowell Riverhawks, who we project to finish in third place this season.

What else is there to say about UMass-Lowell at this point? You know what you’re getting from Norm Bazin and his team. They’re going to get a first round bye as one of the top teams in Hockey East and they’re going to be the hardest out in the tournament once they’re there. Win or lose, they’re going to make the NCAA tournament (unless the objective rankings are biased against them), and they probably won a trophy somewhere along the way. They lived up to their reputation in 2016-17, ending the regular season on a 7-game winning streak, which included 3 wins over BC and BU, to claim a share of the Hockey East regular season title. They lost their first game in the conference tournament before winning 4 games in a row to take that title too. A 5-0 win in the first round of the NCAA tournament, and a rematch with a Notre Dame team that Lowell had easily dispatched from the Hockey East tournament, had their fans excited for an all-but-guaranteed Frozen Four run with the chance of going all the way. But the Irish got their revenge on Lowell (and the rest of Hockey East) with a 3-2 overtime win that dashed the Riverhawks’ hopes and ended their season.

Non-Returning Players: UMass-Lowell doesn’t have many losses to contend with this offseason, but the ones they do have are giant. The graduation of Joe Gambardella and the early departure of CJ Smith mean two first liners and 103 combined points need to be replaced. Dylan Zink and Michael Kapla both graduate from their roles as the leaders of a defense that is perennially the gem of Hockey East. A lot of experience and a lot of points won’t be back this year, but honestly, you know Norm Bazin is going to replace them as easily as he’s replaced everyone else, from Connor Hellebuyck to Christian Folin to Kevin Boyle.

Returning Players:  On the other hand, what Lowell does return is nothing to sneeze at. John Edwardh and Ryan Lohin will have no problems leading a forward corps that still includes the likes of Kenny Hausinger, Jake Kamrass, and Nick Master. They will almost assuredly not match the height of last year’s forward group, but they’ll be more than good enough in front of the always stout defense. A defense led by Mattias Goransson, who looks to be the next in a long line of superstar Riverhawk defensemen after an impressive freshman campaign. Goransson is joined by three seniors, Chris Forney, Tommy Panico, and Tyler Mueller, in a defense corps that’s still experienced and gearing up for another shutdown season despite their losses. In goal, Tyler Wall is still going to be a wall, and will likely play even more than he did last year after the departure of Garrett Metcalf. There will be some growing pains to start as new players have to take on roles at the top of the team, and they may not be able to repeat their regular season championship with the number of high-end players they’re replacing at once, but they’re going to be hanging around the top of the leaderboard all season long, and if you give them an opportunity in February they might just win 7 games in a row and take it.

Incoming Recruits: Looking at Lowell’s recruiting class, it’s more of exactly what you would expect from Bazin. Six freshmen are coming in, none of whom played in the USHL last season. Only one was drafted, defenseman Croix Evingson was taken in the seventh round as a 20 year old in his third time through the draft. But they all put up major numbers wherever they played. Charlie Levesque has scored 135 points in two CCHL seasons, Cole Paskus comes off a 48 point year in the NAHL, and Connor Sodergren scored 59 in the BCHL. Evingson scored 52 points in 59 games as a defenseman, while his fellow blue-liners Anthony Baxter and Jonathan Waring respectively totalled 29 and 37 points in the OJHL and NAHL. They’re all older freshmen (two are 21, two are 20, and a fifth turns 20 early in the season) who will come in mature and develop further under Bazin’s masterful eye.

Season Outlook: I’m not trying to sound like a broken record here, but honestly, that’s exactly what Lowell is. They do the same thing every year in the offseason, they do the same thing every year during the season, and they do all of it better than anybody else can fathom. Norm Bazin is up for a contract extension soon and Lowell fans should probably make sure he gets the keys to the city and to the University alongside his lifetime contract. They broke out last year by maintaining their defensive archetype and somehow adding two 50-point scorers on top of it, and if that’s going to be a part of the Lowell formula going forward, god help the rest of the conference. But even if it isn’t, expect an absurd amount of depth, a strong second-half team after players have developed into their new roles, then, at minimum, a top three finish in Hockey East and a postseason run. Like clockwork.