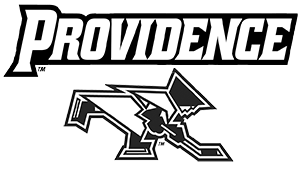 Still searching for their first win in 2016-17 conference play, the Huskies have what may be their best chance at a conference win until the calendar turns in this weekend’s series with Providence College. Nate Leaman and his squad are sitting at 3-3-2 on the year, with victories over Miami, St. Lawrence, and Brown. An interesting note about PC: In their three wins, they have scored 4 goals once and 6 goals twice. In their other 5 games, they have reached the 3-goal plateau only twice. So this is a team that does struggle to score at times, and given the well-documented defensive struggles NU has had this year, this may be just what the doctor ordered.

PC is led in scoring by Erik Foley, a Winnipeg draftee. He has 4 goals and 5 assists. Anthony Florentino, a defenseman drafted by Buffalo, has 3 goals, and no other Friar has more than 2. It is prudent to remember Jake Walman, a St. Louis draft pick, is a very talented offensive defenseman, and he only has 1 goal this year coming back from surgery. Providence does not have any players with double digit points, whereas Northeastern has three. PC’s goaltender is Hayden Hawkey, a Montreal draft pick, and he clocks in with a .909 overall save percentage.

We had the privilege of speaking with Mark Divver of the Providence Journal to do a brief Q & A preview for the weekend. You can follow Mark on Twitter, @markdivver, and we highly recommend you do so.

NHB: PC is averaging 3 goals per game, with multiple 1-goal outings and two 6-goal outbursts. What kind of offensive production should we expect to see this weekend?

Divver: I’m expecting low scoring games this weekend. As the numbers show, the Friars aren’t an explosive offensive team, though they have some capable scorers at the top of their lineup. Erik Foley, who is a strong candidate for this year’s U.S. World Junior team, is very hard to handle below the faceoff dots. Brian Pinho is not a natural finisher, but is putting up a point a game so far. PC needs their defensemen to chip in on offense. Anthony Florentino can be dangerous when he gets his big shot on the net. He has goals in the last two games.

NHB: What do you make of the play of Hayden Hawkey so far? It seems to the unfamiliar eye he is underperforming expectations, but what are your thoughts?

Divver: There is no question that the coaching staff is looking for more from Hayden Hawkey in the net. His save percentage is trending up as he is now at .909, so that’s a positive. Hawkey hasn’t seen a lot of game action since going down with a serious knee injury in the USHL two years. ago. And he’s following in the footsteps of Jon Gillies and Nick Ellis, two of the top goalies in college hockey over the last several years. So patience is probably in order.

NHB: Kasper Bjorkqvist recently returned from injury. Would you say he is an X Factor for PC this weekend, or is there another play NU fans should be keying on?

Divver: Kasper Bjorkqvist is going to be a very good player for the Friars, but he’s still finding his way after missing five games with an injury. A player to keep an eye on this weekend is Jake Walman, who was an explosive force on the blue line last season. He scored his first goal of the season in PC’s last game against Merrimack. That’s a great sign for the Friars. He’s coming off major shoulder surgery in the spring.

Many thanks to Mark for taking time to answer some questions for us. This weekend is crucial for both teams, given that they have 3 Hockey East points between them (NU has 2). For commentary on the game and all the latest Huskies news, follow us on Twitter @NUHockeyBlog. As always, Go Huskies!